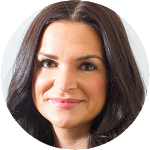 Television featured Make-up Artist Amy Bower has excelled in the make-up industry in Canada for more than 13 years. She honed her craft of fashion make-up artistry at the Complections International School of Make-up in Toronto, Ontario. After completing her education, Amy began her career as a make-up artist working in Toronto’s prominent fashion industry.

Since then, Amy has relocated to Calgary where she continues to excel by providing makeup expertise to Calgary’s television, wedding and fashion industries. Amy has had the honour of representing Illuminate on local television networks and has been featured on City TV, Shaw, CTV, The Calgary Sun and in The National Post. Amy had the distinguished honour of doing make-up for the Gemini Awards when they were in Calgary in 2009. Also, it has been Amy’s great pleasure to share in the excitement with over 500 brides on their wedding day by providing them the expertise of over 10 years of make-up experience in the wedding industry. 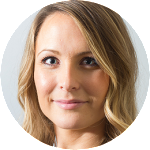 Leah Murray has always had a passion for the hair and makeup industry. After working in a salon through high school, Leah followed this passion to Vancouver, BC where she attended The Blanche MacDonald Centre and Suki’s International Hair Academy. After returning to Calgary in 2007, Leah joined the Illuminate Makeup team and also began working in a salon.  Leah attended Vidal Sassoon courses in Santa Monica, CA and always continues to further her education to keep up with ever changing trends. Leah has worked with countless brides and their wedding parties, models in fashion events, as well as television personalities. She has extensive experience with all types of extensions and hair lengths.

Leah looks forward to working with you to create your perfect look and will strive to make your vision a reality. 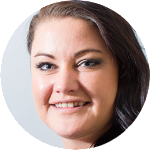 Becky Froland has been in the hair industry for 15 years, continuously updating and educating herself along the way. She attended Delmar College in 2004 and has owned her successful home salon for over 6 years. Becky has worked for Illuminate Make up for 4 years and has enjoyed every minute of it. Becky shows passion for her job through her work, excelling in up-dos for occasions such as Grad, Christmas parties and her favourite being bridal hair. She thrives at showing pride and dedication to everyone of her clients. Making sure there is a lot of care to Brides and wedding party on their special Day.

Pierina fell in love with makeup as a young girl playing in her Mom’s makeup drawer. From there, she started out doing makeup for her friends weddings at a young age. She gained more experience by working at the cosmetics counter at London Drugs. And from there went on to work at salons and the Lancome counter. She started working for Illuminate Makeup in 2006. She has been in the industry for 19 years now. She is able to live out her passion while being a stay at home Mom and working with Illuminate. She also does makeup tutorials on her youtube channel.